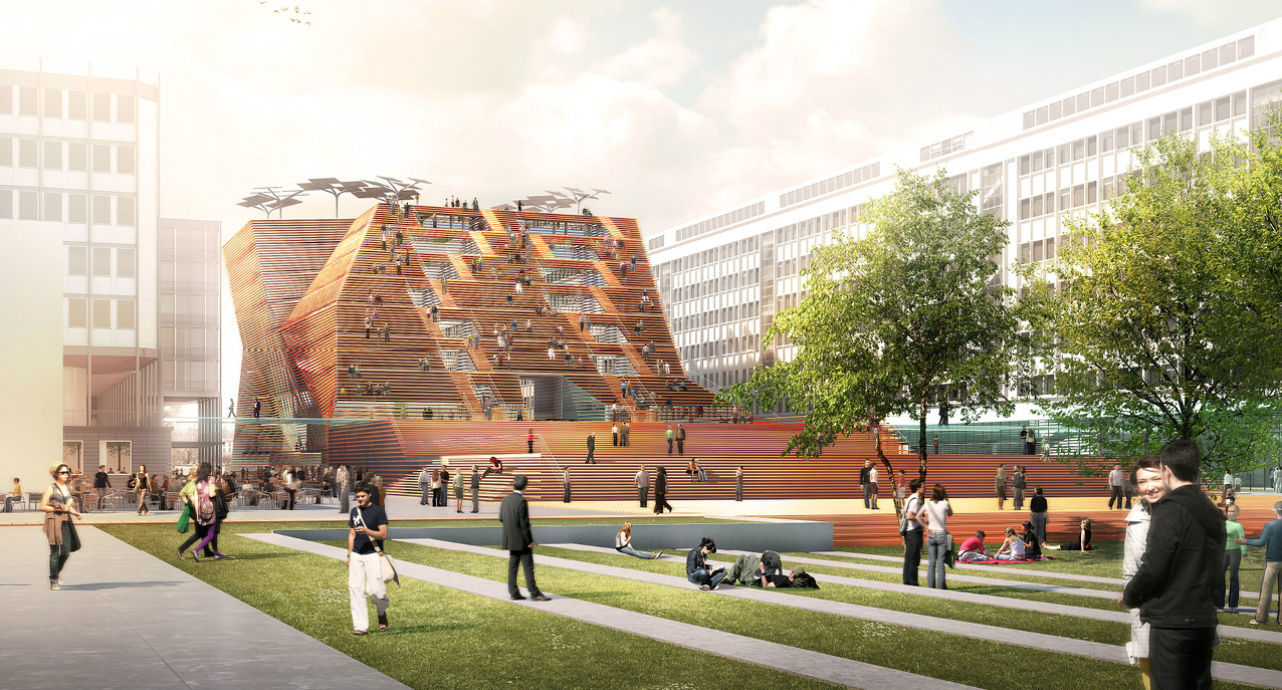 France has become an important country for MVRDV. In fifteen years, the Rotterdam practice realised various projects in France. For example, Pushed Slab (2014), a large office complex in Paris and the transformation of the Teletech Campus (2012) in Dijon. In 2009 MVRDV, in collaboration with ACS Architects, Palo Alto, and AAF Architects and Urbanists, Paris, the firm took on the challenge of the then-president Nicolas Sarkozy to devise a masterplan for Paris and its suburbs. This resulted in Grand Paris, an urban vision for 2030. “We have already worked for a long time and intensely in France. We want to deepen that love with our presence,” says Winy Maas, co-founder, MVRDV.

2018 looks promising: a start has been made with the reconstruction of the Part-Dieu shopping centre in Lyon, and with the extensive renovation of the Gaite-Montparnasse shopping centre in Paris, a porous façade connecting the mall to the street, library and station. For Bordeaux and Rennes, MVRDV designed striking apartment complexes situated next to the waterfront. The construction of Maison du Projet in Bordeaux and Ilot l'Octroi in Rennes will commence later this year