10/01/2019/BN
MVRDV has presented a daring and ambitious design for two towers with interactive facades in the centre of Taipei: the Taipei Twin Towers.

A pile of boxes with colourful facades and interactive media screens are aimed at revitalizing the area around the main station in the Taiwanese capital Taipei. The design that MVRDV developed as a member of a consortium headed by Nan Hai Development was presented this week.

The design of the Taipei Twin Towers is characterized by a pile of boxes that create a vertical urban neighbourhood, and by the brightly coloured façades of those blocks that artistically communicate the diverse program contained by those blocks. The two towers, 337 and 280 metres in height, will be built over the top of the existing station and will combine retail, offices, cinemas and two hotels. The interactive media facades are designed to turn the station precinct into Taipei’s answer to Times Square.

‘Arriving at Taipei Central Station is now an anti-climax,’ says MVRDV founder Winy Maas. The surrounding area does not offer the urban charm and exciting quality that the Taiwanese metropolis possesses. The Taipei Twin Towers will turn this area into the city centre that Taipei deserves.’ 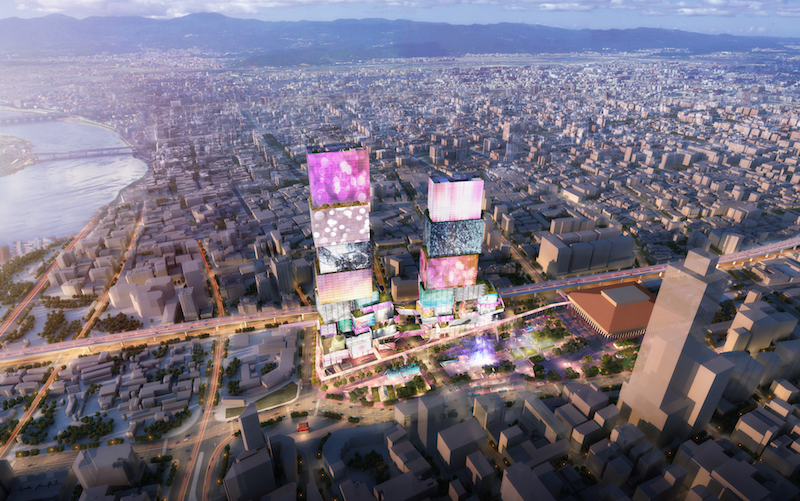 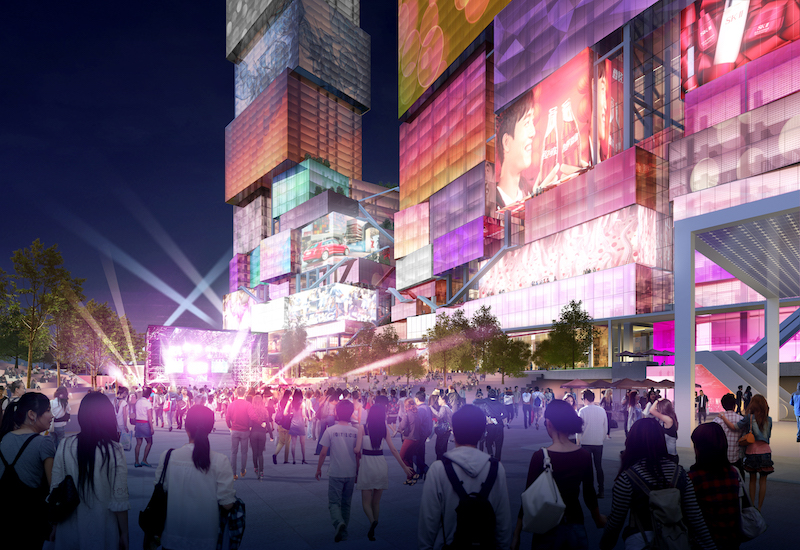 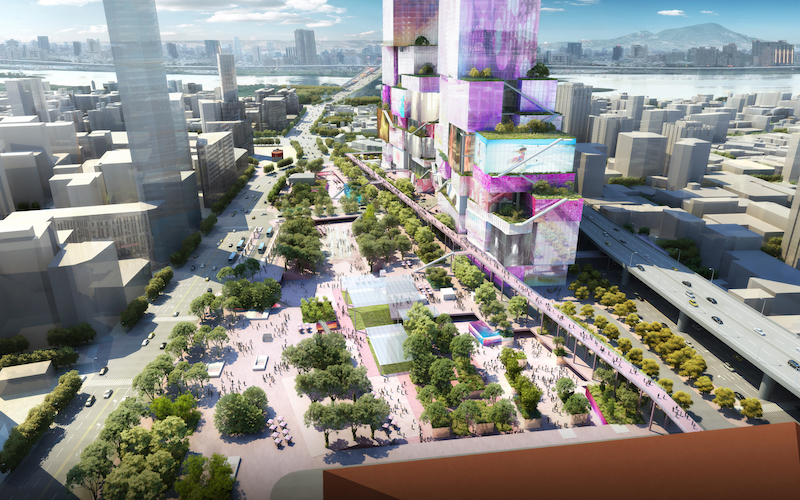 Renderings of the Taipei Twin Towers by MVRDV