26/10/2015/BvL
Considering the estimated record number of more than 270,000 visitors for the Dutch Design Week (DDW), it is safe to say that the popularity of design in the Netherlands is still growing.

Dutch Design Week (DDW), last week in the southern city of Eindhoven, looks back on a successful fourteenth edition. For 9 whole days the event presented experiments and ideas, answers and solutions by 2500 designers in almost 100 locations. More than 270.000 people visited the exhibitions, presentations, workshops and other events.

Under the banner of ‘What if…’, the question with which every designer and all innovation starts, DDW presented work by renowned designers, but as tradition dictates also with plenty of space for young talent and experiment. Extra attention went to the future thinkers, dreamers, changers and their innovations. Good examples of this were the ‘Chilling in a Box’ from the BioArt Laboratories, ‘Playing Life exhibition’ by Transnatural Art & Design and the exhibition ‘It’s Your World’, in which designers used everyday and less everyday issues (refuse, health, industry) to speculate on what design could mean for us all and for tomorrow’s world. 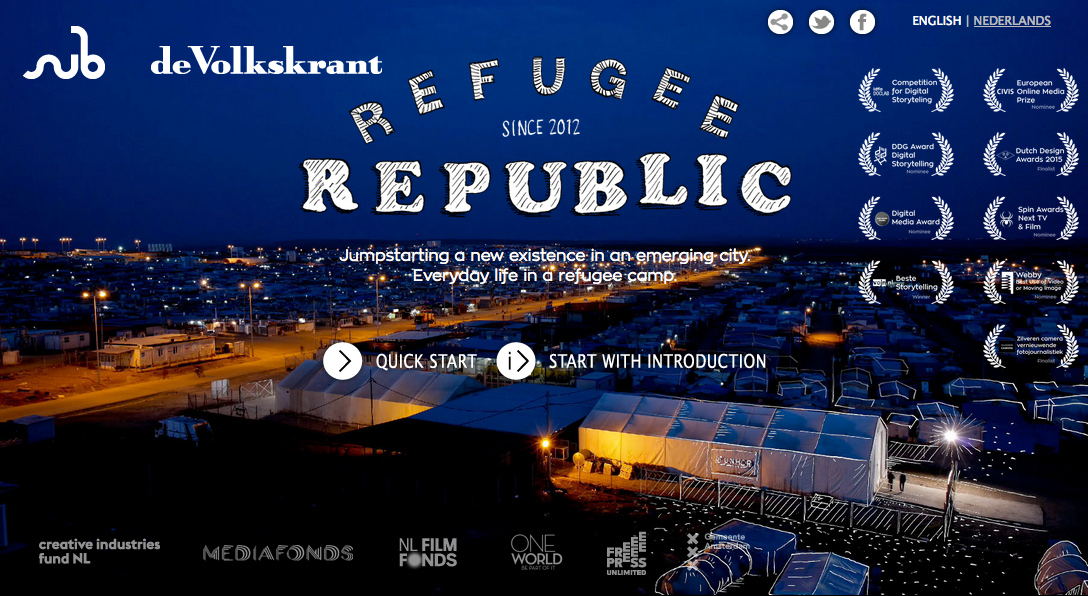 DDW was closed off on Saturday 24 October with the annual Dutch Design Awards ceremony. Submarine Channel came out the big winner during the festive award show in the Effenaar. The agency’s interactive documentary ‘Refugee Republic’ by Jan Rothuizen won in the category Communication and also took home the Future Award for the most promising design for the future. Refugee Republic is an interactive online documentary about daily life in the Syrian refugee camp Domiz in Northern Iraq. Drawings, photographs, film, sound and text portray both the refugees and their (temporary) world.